Just in time for National Autism Awareness Month, we will be pairing with the New Mexico Autism Society for our upcoming wine release party.

The new vintage, 2013 D.H. Lescombes Petite Sirah Limited Release, has proven to be one of our most highly acclaimed reserve wines. 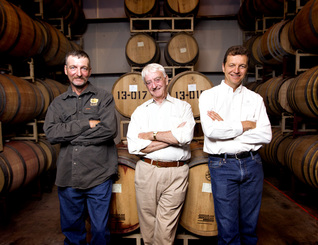 The Release Party will celebrate and unveil the newly bottled vintage while also raising funds for the local non-profit. Release party guests will be able to enjoy a glass of our new release alongside wine-inspired hors-d’oeuvres selected by our chefs, including steak bites, special chocolate-based appetizers, a selection of manchego, gouda, blue, and cheddar cheeses, and much more. Release Party guests will also have the opportunity to purchase bottles ahead of the public release on May 15th, allowing guests first access to the limited supply.

“Our D.H. Lescombes Limited Release wines are a selection of the best varietals grown and crafted in New Mexico,” noted Melissa Landeros, Winemaker. “The entire process—from the vineyard, to the barrel aging, to the bottle—is controlled and monitored carefully to ensure it reaches its full potential.”

The admission fee of $15 per person is being donated in full to the New Mexico Autism Society, based in Albuquerque, with local chapters in many communities statewide.

“All funds stay in New Mexico and are used to support our mission of making a difference in the lives of those affected by autism,” stated Sarah Baca, Executive Director of New Mexico Autism Society. “We serve locally through legislative advocacy, educational workshops, first responder training, social outings and support groups.”

Autism is a neurodevelopmental disorder that is characterized by repetitive behavior patterns, difficulties with communication and social interaction and is often accompanied by sensory irregularities. Today, 1-in-68 are diagnosed with autism spectrum disorder—or ASD. It’s often referred to as an ‘invisible disability’ since a person’s physical appearance is typically unaffected.

“As a parent of a child on the autism spectrum, I’m extremely proud we are able to support this cause,” said Daniel Gonzales, Creative Content Manager. “Not only will this help raise awareness and reduce the stigma surrounding autism, it will also help fund programs that benefit those in New Mexico who live with ASD.”