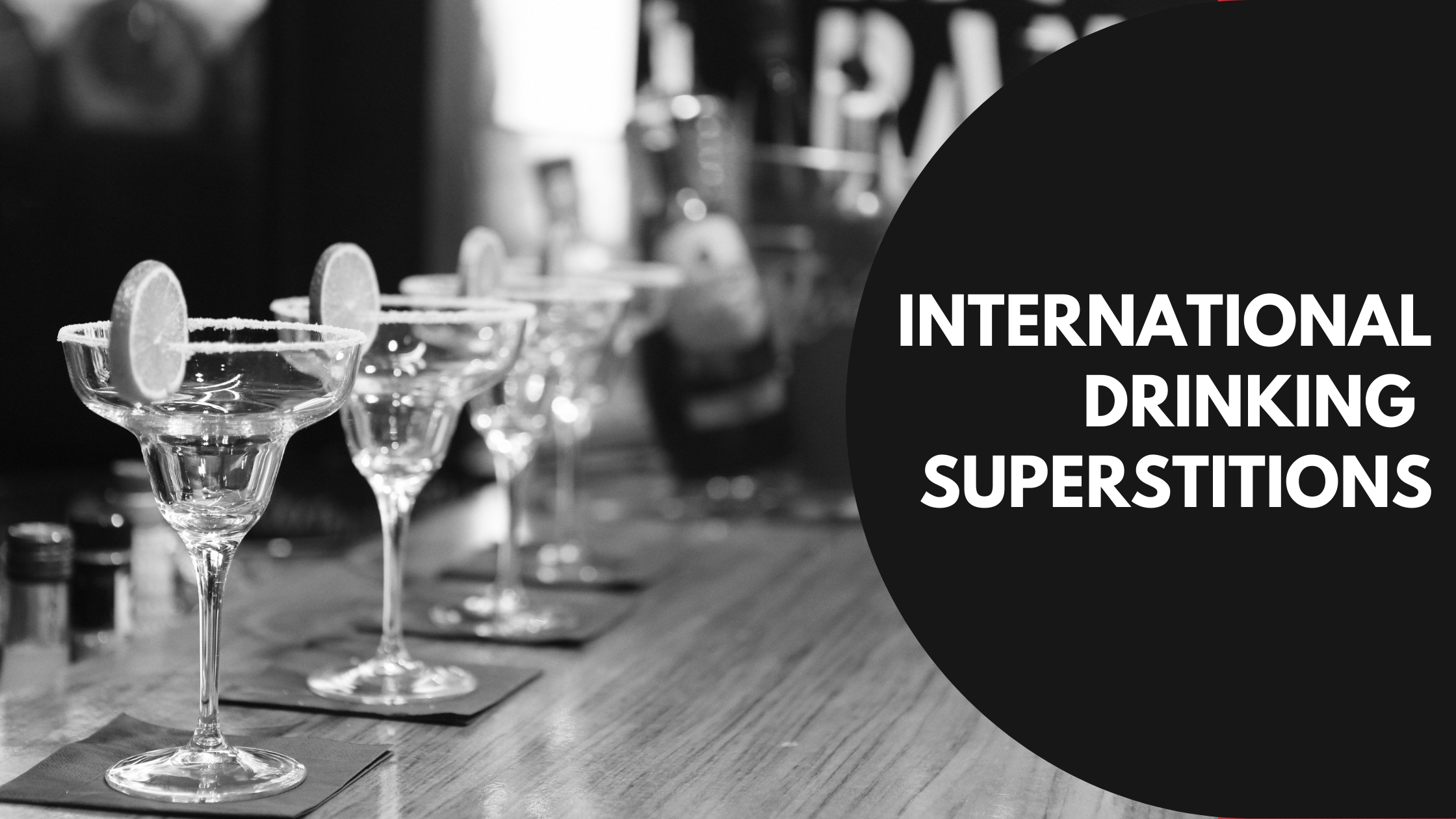 Superstitions come in many different forms, from seeing a black cat to a date landing on the wrong weekday. In Western culture Friday the 13th is considered bad luck and to some, the day is even scary. It’s unknown when the superstition began but the popular 1980 film Friday the 13th popularized the belief. On the other hand, some people (often horror film lovers) favor the day as they consider 13 a lucky number! So if you’re superstitious, keep reading to learn about some crazy international drinking superstitions.

Italy | Spilling wine isn’t just messy, it’s bad luck. So to be on the safe side, it’s said you should dab it behind your ears.

Russia | *clink, clink* That’s the sound of toasting off the demons. Not just any demons either. The ones that enter your body through your mouth and turn you into a bad drunk in trouble.

The Philippines | The first shot of a newly opened bottle does not belong to you, it belongs to the evil spirits and the devil. The belief is that by offering them the first pour, they are kept happy and will leave you alone.

Rome | There’s no dabbing spilled wine behind your ears to ward off the bad luck. The people of Rome believe spilling wine is an omen of disaster. So be careful…

Cuba | On a more extreme note, Cubans believe that declaring your last drink is a way of tempting fate and are likely to die soon after.

Germany | Like Cuba, cheers can lead to death. In Germany, making cheers with water is said to be wishing death upon the people you’re drinking with.

Whatever your superstition is, we have many wines to offer for your toasting! Shop the collection here